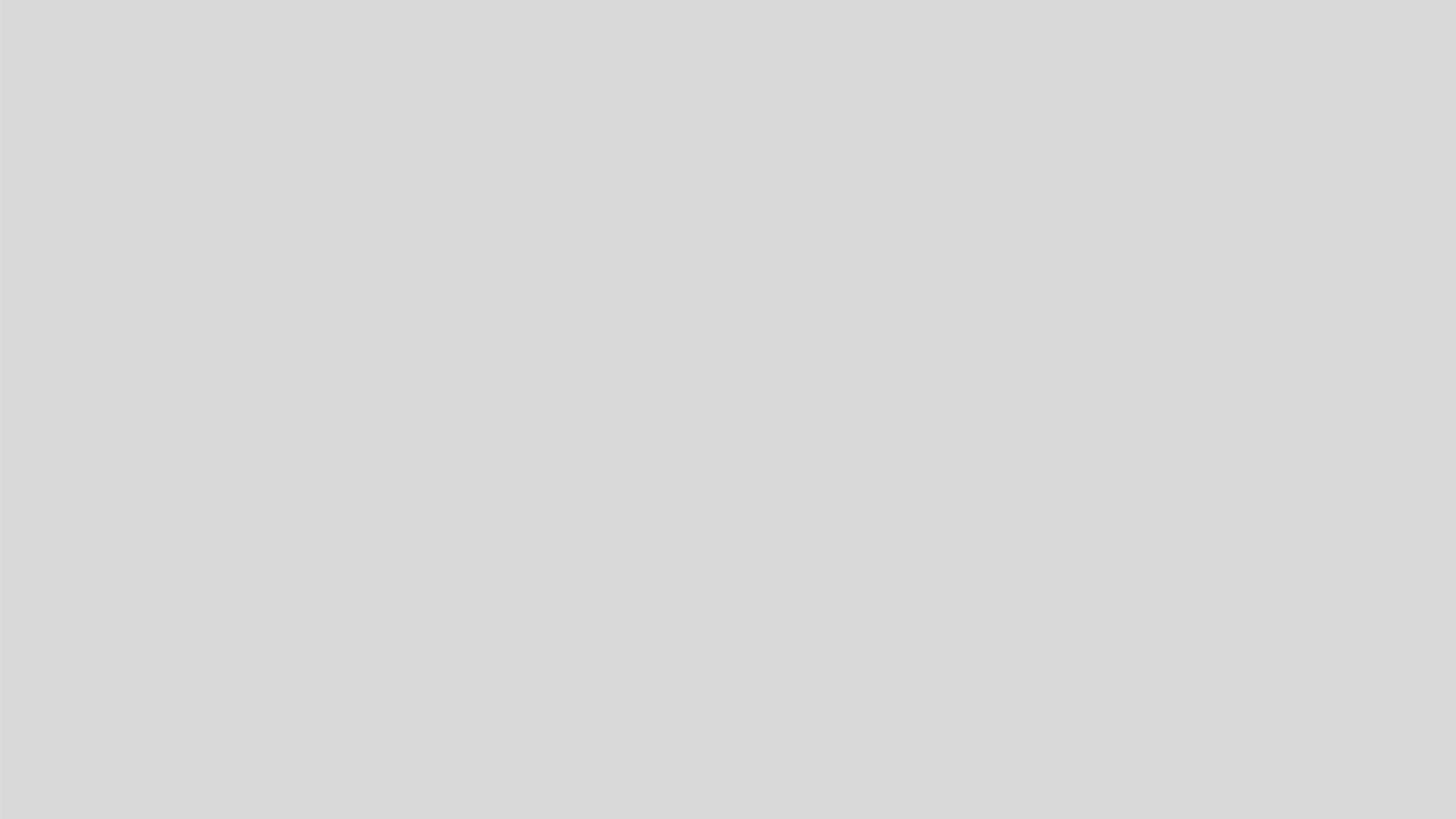 Father Thomas Burgerden, 0.S.B., missionary from St. John's Abbey in Collegeville, Minnesota, is credited with saying the first Mass in Walker, Minnesota in 1898. By 1912, Walker had become a regular Mission.  Mass was celebrated twice monthly on a week day.  Mass on this irregular schedule was said in the Mengis Tin Shop, a recreational area near the now First National Bank. The old school house, which was a two-story building where the post office now stands, was used as the church. It was cold, heated only by an old Smith-system wooden stove.

A trip in 1914, by Father Sigmond Frydrychowicz (Father Fredrick), illustrates the unbelievable hardships endured by the early priests. He had taken the train from Cass Lake to Federal Dam to say Mass there when he received word that Harry Norton had drowned. Father Fredrick skated from Federal Dam to Walker to say the funeral Mass. As a result of this trip, he spent weeks confined to bed with pneumonia. It’s with such understanding that a faithful parishioner Mrs. Charles Kinkle in 1915, through the help of her priest and the efforts of twenty-one other parish members, organized a drive that created a plan for a new Church in Walker. Through Father Fredrick's example of sacrifice, the dedication of parishioners and the financial aid of the Extension Magazine, Walker finally had St. Agnes Catholic Church built. St. Agnes was chosen as a name because of Mrs. Kinkle's devotion to St. Agnes. Mrs. Kinkle was the aunt of Charlie Carlson, a member of St. Agnes.

St. Agnes remained a mission of the Pine River Parish until 1924, when in 1922 Father Harry Spain became the first resident pastor with Hackensack and Ah-Gwah-Ching as missions of Walker until 1931. Following him was Father Edmund Mockler from 1932 - 1943, Father Jeremiah Ryan from 1944 - 1947, Joseph Ryan from 1947 – 1950, and Father Felix Kuras from 1950 - 1958. Father Carl Priley, replacing Father Kuras in 1958, was later transferred in 1964 after overseeing the building of both new churches of Hackensack and Walker. He was succeeded by Father Rudolph Pakiz in 1964 – 1972 who remodeled the church to fit in with the new liturgy of the 2nd Vatican Council.

Following Father Pakiz was Father Gerald Lapatka. He was pastor from 1972 – 1977, followed by Father Frank Marincel from 1977 -1984. Father Thomas Bouchard came in 1984 and started saving for a new Church.  The new Church started construction in 1962 at a cost of $125,000 (our current Social Hall). With the huge influx of summer visitors in the Leech Lake area, this church was already becoming too small. As a result, Fr. Bruce Engen living quarters were been used as offices.  A decision was made to build a new rectory adjacent to the current parish offices. This project was completed in August of 2008; one month after Fr. Bruce was transferred to Deer River. Fr. Fredrick Method became the new Pastor and was able to move into the new rectory.

Around this same time, the thought of a new church was being considered with significant savings thanks to good stewardship from the previous years. With the oversight and leadership of Fr. Method, a building committee was formed and a decision was made to hire a consultant and the first pledge drive was held called “Catch the Spirit” to raise the initial capital to construct the church. The pledge drive became a success as an architect by the name of Steve Erban was later hired to design the current church building and construction began on October 26, 1999. It’s worth noting this project was aided by many church volunteers who cleaned, installed roof tongue and groove boards, painted and finished of all the sheetrock and woodwork in the building to help reduce the construction cost and encouraged parishioner’s involvement.

Since the parish still had a significant debt with the Knights of Columbus, a decision was made to have a second pledge drive branded as “Live the Spirit” in 2002 which provided additional funds to pay down the debt. The church was completed with dedication by Bishop Dennis Schnurr on September 23, 2001. Fr. Fredrick Method was transferred to a new parish in 2007 and was replaced by Fr. Mark Coen, who stayed till November of 2009. The parish stayed without a pastor until Fr. Francis Kabiru arrived in April of 2010 serving us to date in 2012. When Fr. Francis arrived and evaluated the financial situation of both clustered parishes, he initiated a loan from Sacred Heart to pay off the Knights of Columbus loan for the balance of $230,000 at 3% interest with a plan to pay the loan off within 44 months. This action truly enabled St. Agnes to complete the payment earlier than anticipated, thanks to the generosity of Sacred Heart Church and many other parishioners. The entire project costed a total of $1.2 million dollars and is now paid off after eleven years.

Today we celebrate; tomorrow we look to the future as the Lord continues to guide us into new challenges and goals. We know well, as our mission statement puts it, “we are inspired by the word of God, empowered by the Holy Spirit and nourished by the Eucharist…and our mission is to reach people for God, to welcome them into His holy Church and lovingly strengthen and support them as we journey towards our eternal Home.” Amen!

In the early 1900’s, Hackensack was served by mission priests who celebrated Mass intermittently in homes and business establishments.  These early settlers asked the Bishop in the Diocese of Duluth to establish a church in Hackensack.  The Bishop reportedly told them they could build a church if they could raise $25,000, which they did by holding church dinners, bake sales and working very hard.  When they reached their goal, the “little white church” was built in 1922 on land donated by August Kriebs, a local furrier and charter member of the church.  The original church is still standing, although it has been moved from its original location, and is used during the summer months for rummage sales.

Prior to the dedication of the new church in 1922, it was decided that both Sacred Heart in Hackensack and St. Agnes Catholic church in Walker would be missions of Pine River and served by a single priest.  (The dual pastorate continues to this day.)  Prior to 1922, St. Agnes had been a mission of Cass Lake.  Fr. Harry Spain of Pine River officiated at the dedication ceremony and then moved to St. Agnes in Walker where he served as pastor to both parishes until 1932.  Fr. Edmond Mocker served as pastor from 1932-1943 and was succeeded following World War II by Frs. Jeremiah Ryan (1944-1947), Joseph Ryan (1947-1950) and Felix Kuras (1950-1958).

It was in the early 1950’s that parishioners and Fr. Kuras realized the parish had outgrown the “little white church” due to the influx of summer residents and visitors.  Money was raised, plans were drawn up, and a new church was constructed.  It was completed in 1959 and the new pastor, Fr. Carl Priley presided at the first mass.  Sadly, Fr. Kura had been moved to Cloquet before the church was completed.  Fr. Priley served as pastor of Sacred Heart (and St. Agnes) until 1964.

Fr. Engen was succeeded by Fr. Fredrick Method (1998-2007), then Fr. Francis Kabiru (2010-2017). Our current pastor is Father Timothy Lange. Sacred Heart continues to be a growing, vibrant parish known for its music ministry and huge summer flea markets, which are among the largest – and most successful – in the area.  Religious education and youth programs are conducted in close cooperation with St. Agnes and the parishes jointly sponsor a Knights of Columbus Council.

As we reflect on our history, one can only wonder what exciting changes will take place in the future of Sacred Heart Catholic Church